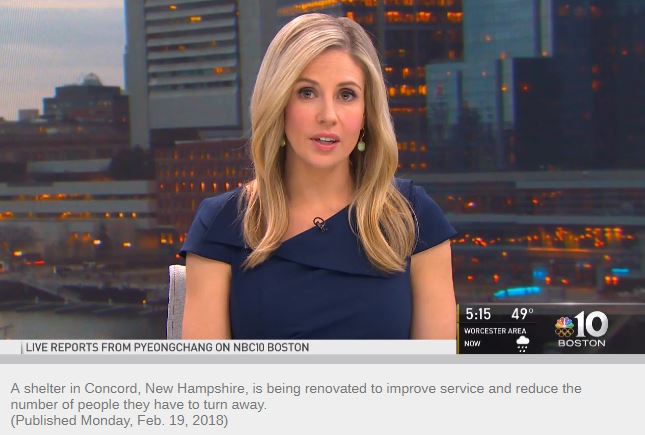 Imagine having to flee from your home to a shelter to find that it’s filled to capacity. That is sometimes the case at The Crisis Center of New Hampshire in Concord, happening at least 100 times a year.

The center is being renovated this spring for better service and to hopefully cut down on the number of people they have to turn away.

The crisis center serves as a temporary place for domestic abuse and sexual assault survivors. It has four rooms that hold 13 people, but the facility is tight.

It houses a tiny kitchen with a dining table for four people and has a small area for cooking. There’s duct tape holding parts of the carpet down and packing tape holding up wallpaper in the entryway stairwell.

“This is how we’re receiving survivors now,” said Paula Kelley-Wall, executive director of the crisis center. “It needs to change.”

Kelley-Wall has been working with abuse survivors for 20 years. She came to the crisis center five years ago as the Program Director. She said the renovation has been a dream of hers since she was hired.

“When you walk into this shelter it doesn’t feel safe,” Kelley-Wall said. “We have to do so many things with the limited resources that we have that it was easy to ignore the building.”

That’s about to change. The “Building on Hope” Agency has taken on the crisis center as its latest project. The agency says on their website that they help nonprofits build their dreams.

Building on Hope Co-Chair Karen VanDerBeken said by phone that the agency takes on one project every other year. They manage the grass roots efforts of vendors and services completing the renovation.

By the end of the center’s renovation, 300 companies and individuals will have worked on the project, accoring to VanDerBeken.

Jonathan Haley of Warren Street Architects is managing the renovation, as well, which will take the center from 13 beds to 24.

“There will be cafe style tables so that if families don’t want to sit together, they can have a place to sit,” Kelley-Wall said.

The staff offices are also housed at the shelter. That will change, too.

As part of the renovation, the center will open a separate Center for Survivor Support. The center will be a holistic, one-stop shop for survivors getting the extended help they need. The staff’s offices will be housed there.

The board is voting on the new location Wednesday.

In order to ensure they get the building, the Crisis Center is running a capital campaign. They recently received $200,000 from one single donor, Marianne and Rob Fleischman of Concord.

The Fleischman’s have been active contributors to the center for a decade, saying by phone that when the opportunity came to give in a bigger way, they took it in hopes to inspire others to give.

Building on Hope will break ground on the renovation on May 11 and reveal the final project on May 20.