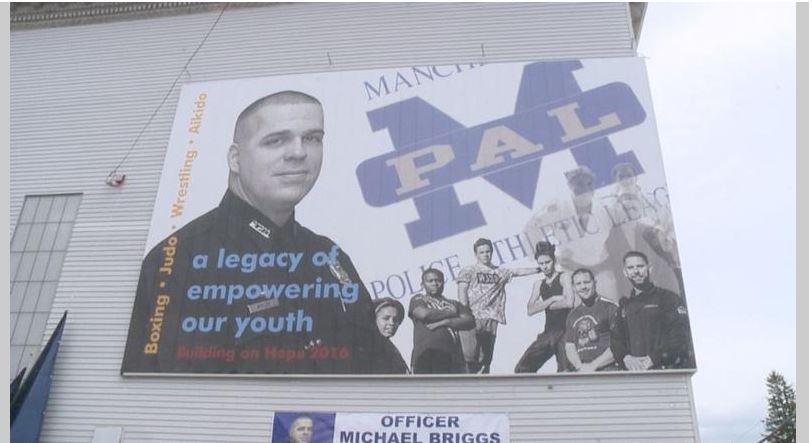 MANCHESTER – An organization of volunteers including designers, architects, and builders, began 10 long days of extreme renovations to the Michael Briggs Community Center in downtown Manchester. On Sunday, they finally opened their doors for a grand re-opening.

More than $1 million later, the organization Building on Hope, completed their largest project to date.

“I was this close to crying, this close. But I held it in,” Joskar Bautista said.

Bautista lives in Manchester and has been going to the Michael Briggs Community Center after school. He said that boxing became his true passion there.

Named after Officer Michael Briggs, who was killed in the line of duty in 2006, the community center provides more than 8,600 inner-city youth in less than a mile’s distance from the building, an environment filled with athletic programs. It also gives the children a place to build a positive relationship with Manchester’s police officers.

“I wanna get more police officers involved. Several have already come on down and have been working out with the kids which is incredible. You just see the chemistry and that’s when the walls start to break down and you see really what this place is for,” Officer John Levassuer said.

Levassuer has taken on the duty of becoming the coordinator for the community center.

The parents of Briggs joined in the event along with Officer Ryan Hardy who was injured in a shooting in the city’s westside on May 13th.

“You embody everything that Mike Briggs was,” said police Chief Nick Willard said in the opening ceremony. Willard Recognized Hardy’s bravery and his commitment to the community