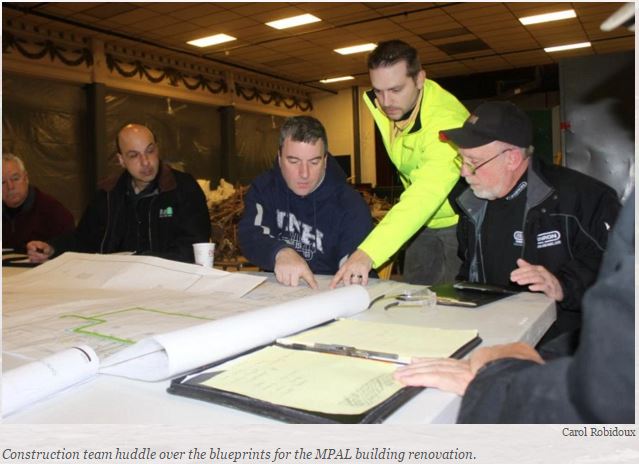 MANCHESTER, NH – Every Friday at 7 a.m. Manchester Police Officer John Levasseur can be seen hustling around the Michael Briggs Community Center, aka the MPAL building, at the corner of Lake Avenue and Beech Street.

Levasseur sets out a vat of coffee and assorted boxes of donuts, because these early morning sessions run on Dunkins – and community spirit. He is also multitasking the weekly planning meeting prep, which includes setting up tables and chairs for the brain trust of volunteer building experts who donate their valuable personal time before they start their day jobs. 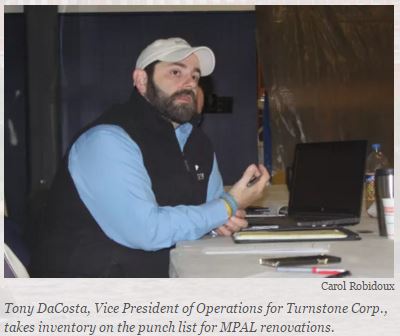 The Construction Team for Manchester Police Athletic League’s “extreme makeover” gets right to business, taking stock of what brought them here: Completing the million-dollar Building on Hope renovation project that will bring the MPAL building up to code and up to speed for the next generation of neighborhood kids, who are this city’s perpetual legacy and most important investment.

Stacy Clark, President of Turnstone Corporation, leads the meeting, along with her VP of Operations, Tony DaCosta. On a recent Friday they reviewed progress and action steps.

“Any surprises?” asks Clark of the plumbing team, who mention the discovery of a steel-stud insulated ceiling above the drop ceiling in the kitchen area. 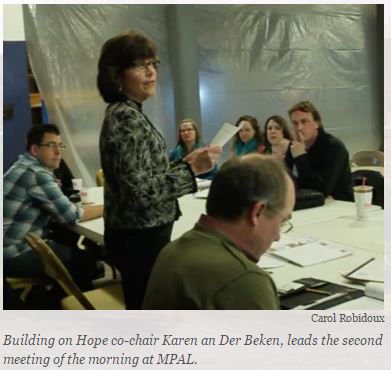 No problem, they tell her. They can work around it.

How to tackle the antiquated heating system is next on the list, as a nearby radiator chugs and wheezes, as if on queue. A discussion ensues on the process for hanging duct work, as the group goes down the punch list, occasionally tracing invisible lines on the blueprint with their fingers, and scribbling notes on paper.

An electrician on the volunteer list may not be available, they hear, which calls for a contingency plan. Everyone at the table knows someone who might be willing to step in. Names are taken and calls will be made in the event there needs to be a Plan B.

At this point, they can leave nothing to chance. They are going to be on a work schedule tighter than a hermetic seal.

The projected date of the big reveal is May 22, at which time the public will get to see the fruits of this donated labor. It’s all been coordinated by Building On Hope, a non-profit volunteer organization that seeks out deserving projects and then generates the momentum for donations and volunteers, working with area builders, architects and designers, to upgrade existing facilities associated with non-profit service groups. 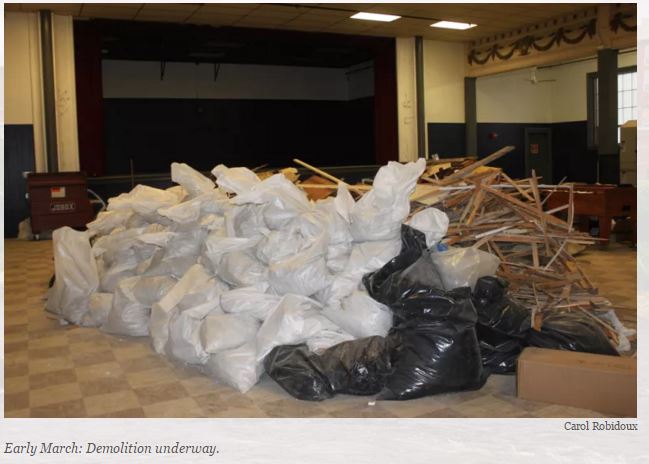 All the prep work, which dates back to June of 2015 with a kick-off ceremony, now comes down to the nuts and bolts of project completion. Build Week is set to begin May 14, when the entire team of volunteers will roll up their sleeves to renovate both the interior and exterior of the MPAL building in just seven days.

But they are leaving nothing to chance. The table is scattered with coffee cups and tools of the trade – tape measures, hard hats, safety glasses – and the room occasionally echoes with the kind of laughter that only comes from a team with a lot of heart and one goal: Making magic happen.

An hour later, the second team arrives. Greg Rehm, of Liberty Hill Construction, reminds the group that it’s “crunch time,” which means critical design decisions must be solidified, so the prep work can be completed.

Someone updates the group on drywall donations. Another person mentions the need for a new sign – “do we know anyone?” – and permits from the city. Meanwhile, the preliminary demolition work continues around them, with sheets of industrial plastic shielding the meeting area from dust and debris.

Building on Hope has been granting extreme makeovers using an army of skilled workers and a big pile of donations over the past seven years. [Click here to see previous projects completed by Building on Hope.] 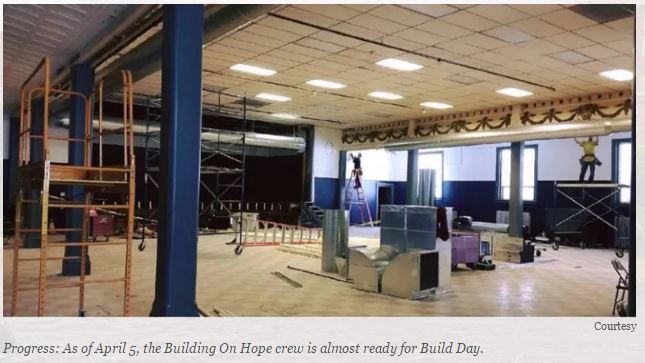 Last year, during the project kick off, Manchester Police Lt. Brian O’Keefe spoke about the importance of the center as an integral part of serving those who generally have the least resources in the community. 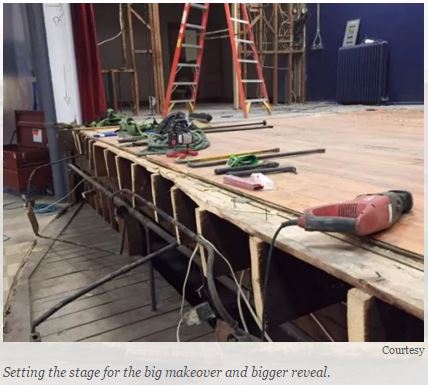 Since its inception, the MPAL center has been a resource and refuge for thousands of city youth, allowing them to establish a stronger sense of self while making meaningful connections with caring mentors, who just happen to be police officers, says Lt. Brian O’Keefe, who is executive director of the community center.

“I had the pleasure of working in the facility for the first six years and can attest to the fact that many of our inner city youth have been given the tools to succeed in life because of the police athletic league. Personally, it has been the most rewarding part of my career,” said O’Keefe.

Services at the MPAL center are free to all kids ages 5 and older, and include boxing, judo, aikido, wrestling  classes and homework assistance. With the renovations and expansions, more programs can be added, and more children can be served.

“Maybe I’m biased, but I can’t think of a better place for the kids to have an opportunity to succeed than the Police Athletic League, and Building on Hope is making that possible,” O’Keefe said.

Tax-deductible contributions, volunteer commitments or donations of materials are all welcome and still needed. For more information, visit buildingonhope.com.