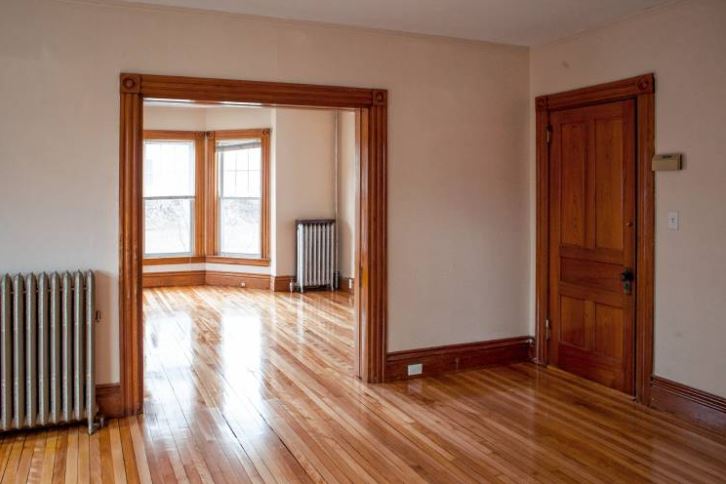 The purchase of a two-story commercial building on South State Street brings the Concord crisis center one step closer to realizing its long-held dream of a unified support services center for survivors of domestic violence, sexual assault and stalking.

For the past 40 years, the Crisis Center of Central New Hampshire’s staff have worked out of converted bedrooms and closets in the 13-bed domestic violence shelter in close proximity to those who have fled violent homes. But in less than two weeks, the crisis center’s administrative offices will relocate to South State Street, where staff will lay the groundwork for a new center that will bring community and governmental resources under one roof for survivors.

“It’s not just a building we’re moving into, but the next step in our history,” said Paula Kelley-Wall, executive director of the crisis center.

Similar support services centers, known as Family Justice Centers, are operating in Manchester and Rochester with the help of federal grants from the U.S. Department of Justice. The shared goal of the centers is to remove barriers to make it easier for survivors of domestic and sexual violence to access legal services, counseling, social supports and more.

To determine the needs locally, the Concord crisis center plans to conduct focus groups with survivors – something that hasn’t been done for several years.

Kelley-Wall said establishing a one-stop support services center will be “a challenging and intensive process” that will likely take three years to come to fruition.

“Programmatically it’s a huge leap for us, and we have to get it right,” she said.

In late March, the crisis center’s board members approved the $220,000 purchase of the South State Street building from Concord Area Trust for Community Housing, which previously moved its housing and education services to Loudon Road. The sale was finalized earlier this month thanks in large part to private donations made to the crisis center through an ongoing capital campaign that’s topped $400,000.

“It’s not a space that we’re renting or leasing; we have an asset that will serve survivors for decades,” Kelley-Wall said.

Crisis center staff will move their offices to South State Street just days before major renovations are scheduled to begin on the domestic violence shelter. The three-story shelter will be gutted and rebuilt as part of what’s been called “an ‘Extreme Home Makeover’ for nonprofits.” Building on Hope – the volunteer organization that has completed $3.6 million in community-supported nonprofit renovation projects in the state since 2009 – chose the crisis center in spring 2017 as its next stop.

As a result of the volunteer-led project, the center will be transformed into a 24-bed shelter by the end of May. By expanding the capacity of the shelter, advocates say they hope to offer more victims and children a safe space to go.

The crisis center provides support services and shelter for victims of abuse in Merrimack County, with approximately 25 percent of those individuals coming from Concord. In 2017, the center served 1,184 people, answered 4,950 hotline calls and provided 2,991 bed nights in the emergency shelter. It also turned away 180 women and 159 children in need.