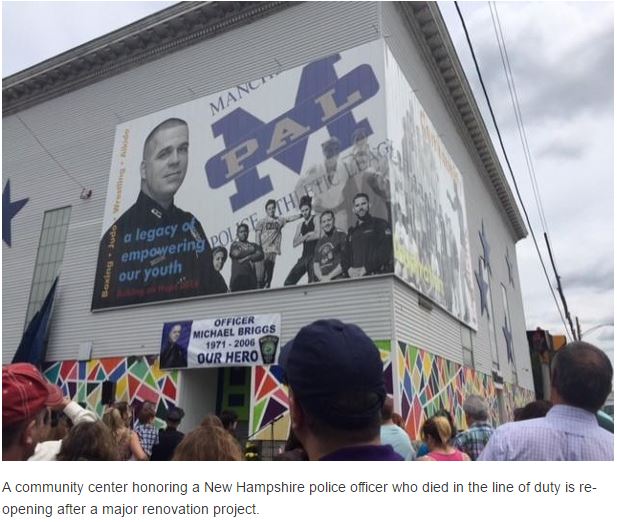 The Michael Briggs Community Center in Manchester provides free after school activities for youth, including academic programs and sports. Building on Hope, a New Hampshire nonprofit, spearheaded the renovation project.

A ceremony was scheduled Sunday to show off the renovations at the 105-year-old facility. Republican Sen. Kelly Ayotte and Democratic Gov. Maggie Hassan planned to attend, as did Manchester Mayor Ted Gatsas.

Michael Briggs was killed in the line of duty in 2006. The man convicted of shooting him, Michael Addison, is New Hampshire’s only death row inmate. His federal appeals are ongoing.

The re-opening of the center comes roughly a week after two Manchester police officers were shot while pursuing a suspect. Both are recovering.

Building on Hope, a volunteer organization, takes on a new project every two years to help a nonprofit. Organizers say the Manchester Police Athletic League and its Officer Michael Briggs Community Center were chosen because each day up to 100 kids from age 5 and up participate in free activities like boxing, rugby and lacrosse at the center. They also get academic help from Manchester police officers.