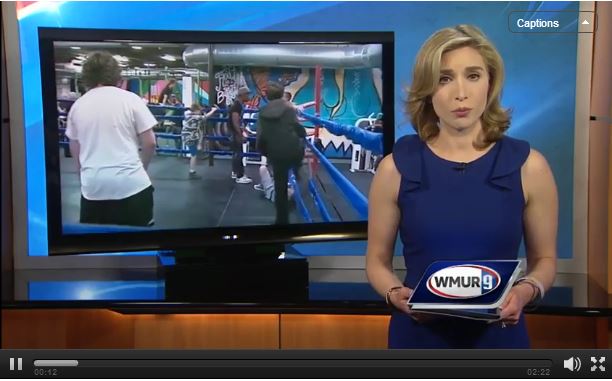 The center is named for Officer Michael Briggs, who was shot and killed while responding to a domestic disturbance nearly 10 years ago.

On many people’s minds at Sunday’s reopening ceremony was the wounding of two Manchester officers in a shooting just days ago.

“It’s breathtaking,” said Briggs Center boxing coach Gibran Ortiz Perez. “I’m still trying to take it all in, and I have no words how to explain the whole thing. I still think it’s a dream, to be honest with you.”

Although he’s in awe of the upgrades to the new Briggs Center, he said it’s the same program that taught him the values he teaches his boxing students today.

“These kids are spoiled. Let’s go with that,” he said. “This program helped me stay focused through school. The thought of graduating high school let alone college never crossed my mind before this place.”

The center provides free after-school activities for children, including school programs and sports, something fellow officers said Briggs would appreciate.

“He had been in the fabric on this community in his short time here,” said Lt. Brian O’Keefe. “It’s important to memorialize him.”

Manchester police held a ceremony for the re-opening of the center, just nine days after a gunman shot two of their officers. One of the officers, Ryan Hardy, suffered gunshot wounds to his face and torso.

“Ryan, in the worst of moments in his life, was concerned only about his fellow officers who were responding to the scene,” said Chief Nick Willard. “As many of you heard on that tape, he gave out a description for their safety. He thought about them before himself, and he embodies everything about law enforcement today, and I am so proud to be his chief.

Building on Hope said the labor and materials were donated for the renovation project.